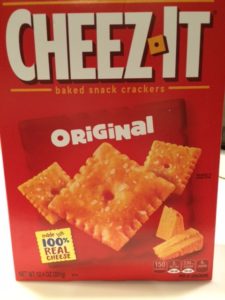 The children came into the WorshipArts room noticeably energized on the morning of April 23rd.  It was “Holy Hilarity” Sunday and there were several elements I thought they might comment on, but clearly Mike Horner’s “Grocery Gospel” was upper most in their minds!  While a couple of references seemed to have escaped them, they caught many details and were wholly enamored with the story of Cheezits – his life and his death.  Rolling away the Tombstone  was a highlight for them. (“I bet that pizza was really stale.”)  And the response to doubting Thomas – “I can’t believe you’re not butter” – was probably mine!

More than anything I’m guessing it was the disarming and uniting nature of humor Rosi referenced that really created the emotional stir I sensed in them.  They were buzzing – (literally, as one child still  had the kazoo that was handed to all during the service) – and a spirited child leapt out of his chair and said, “It’s like the real is ridiculous!”

And so I asked, “Is it okay to laugh in church?”  Suddenly they were very serious.  “It depends,” one voice cautioned.  There was some silence as they thought about this.  “Sometimes joking about something feels kind of like bragging a little bit,” came a hesitant response.  “It might be mocking just a little,” another explained.  “How can we tell?” I queried.  Again some thoughtful silence.  “At the end of a joke, everyone is laughing.  But at the end of mocking, the other person isn’t laughing,” came a wise explanation from the same young voice.  “So it’s ok to have fun, but not ok to make fun?” I questioned.   “It’s ok if that person is laughing too,” they concluded.

I think it is safe to say that everyone seemed to be laughing during the service that Sunday.  Young and old, we were united through kazoos and groceries; through love and laughter; through the ridiculous and the real.