Along with learning to fold origami cranes in WorshipArts the past few weeks, we’ve also been reading the book that brought Sadako Sasaki’s story into international consciousness – Sadako and the Thousand Paper Cranes by Eleanor Coerr.

Moving through a few pages each week, we’re getting to know this young girl who lived in Japan from 1943-1955. Thanks to the author’s deft portrayal, we can easily relate to Sadako’s impatience and love for running races, her devoted family and bamboo class schoolmates, her outward exuberance and her inner secret worries.  We learn that Sadako’s grandmother died when the atom bomb was dropped on Hiroshima and that even nine years later, the poison from that bomb was still causing illness in many who were present that day.  We were happy to hear of Sadako’s racing successes and concerned when dizzy spells turned into hospitalization and the dreaded atom-bomb disease diagnosis.

When Chizuko, Sadako’s best friend, brings a golden paper crane to the hospital on one of her visits, we are introduced to the legend that folding 1000 cranes is said to make one’s wish for good health come true… and suddenly our folded cranes have found purpose too. 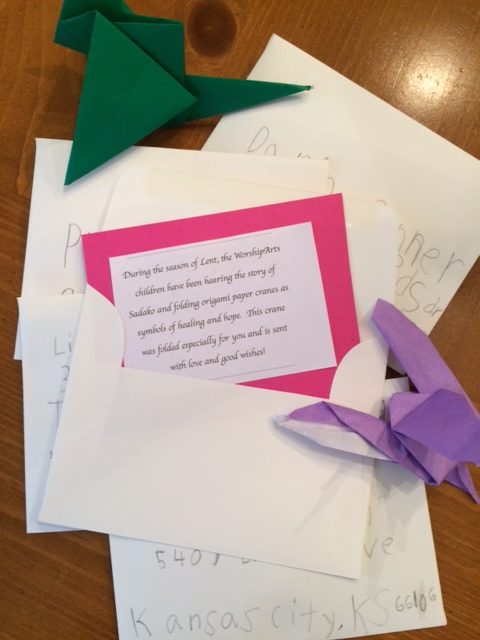 “During the season of Lent, the WorshipArts children have been hearing the story of Sadako and folding origami paper cranes as symbols of healing and hope. This crane was folded especially for you and is sent with love and good wishes!”

Whose spirits in our congregation might be lifted by a paper crane meant to bring good cheer and healing love?  As the children recall names they’ve heard mentioned during the Joys and Concerns portion of our worship service, they also add names close to their own hearts…

and as the envelopes are filled, one can almost see their compassion taking flight. 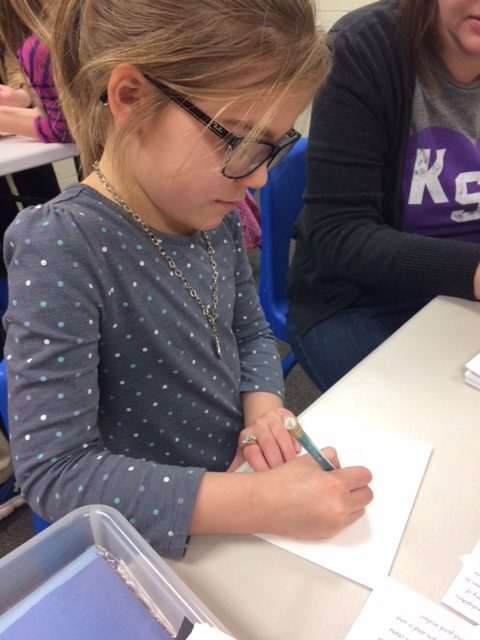 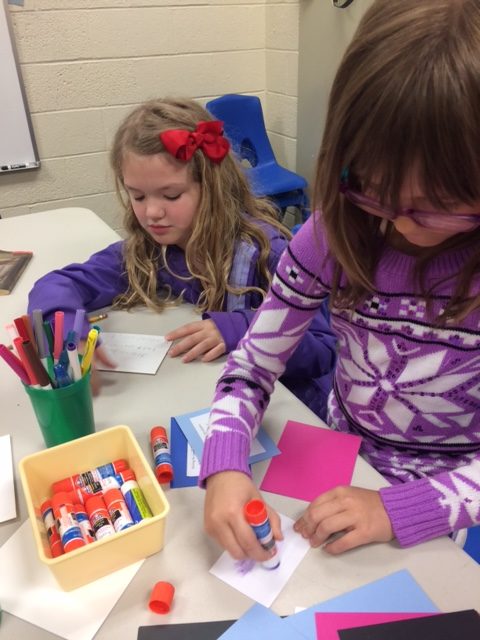